What is the Process for Producing a Custom Minted Coin? 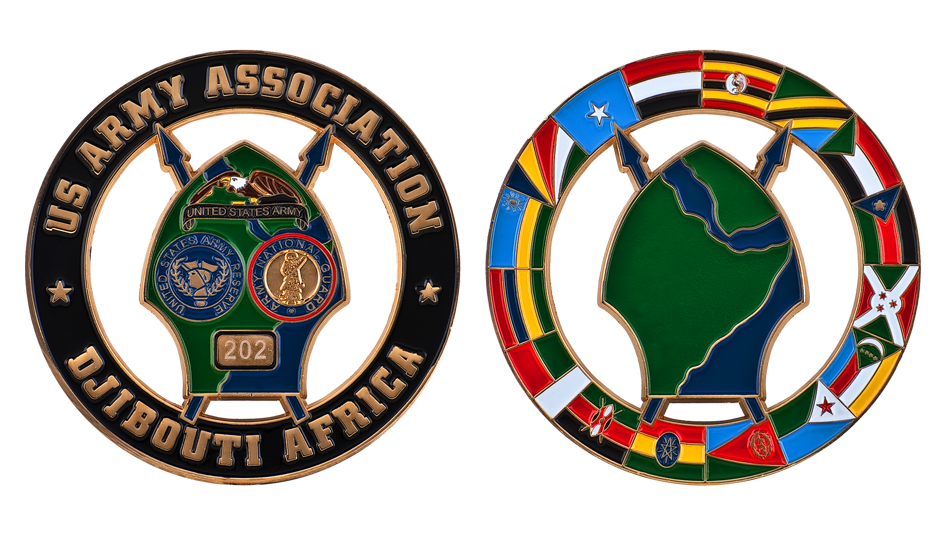 How is my custom minted coin made? Be an insider

When you stand in awe of someone’s college graduation medallion, have you ever wondered about the course that coin went through to end up there? Chances are you’ve never pondered on the production process behind that commemorative custom minted coin.

Let us then embark on a journey, one that will mold you into an expert. For anyone who has ever been curious about this portion of the journey or who’s ever fancied to know how long it takes to manufacture a coin or medallion, here’s a look at the world of customised minting and at the overall coins industry.

A brief history of coin minting

Let’s start from the very beginning. The earliest coins or currencies were made of un-minted metal in the form of rings, ornaments or weapons by the Egyptian and the Assyrian empires. In ancient Rome, artisans – known as engravers – started manufacturing dies (two metallic pieces that are used to strike and stamp a coin) individually by hand. During the 3rd century A.D., during the crisis of the Roman Empire, dies were still used even when utterly worn out or cracked.

In 1553, French engineer Aubin Olivier had a breakthrough: He introduced screw presses for striking coins, together with rolls for reducing the cast bars and machines for punching round disks from flattened sheets of metal. From France to the UK, and prior to the modern era, industrial techniques and steam-power were introduced by Matthew Boulton in Birmingham in 1788.

The early 1800s saw German engineer Dietrich “Diedrich” Uhlhorn inventing the Presse Monétaire, a level coin press which became known as the Uhlhorn Press. By the early 20th century, mints were using electrical power to drive rolls, the advantage being that each pair of rolls could be driven independently without the intervention of cumbersome and complex shafting.

Unbeknownst to many, each commissioner or customer plays a big role in the creation of a custom coin. Contemporary minting techniques are marked by a high degree of mechanical and aesthetic excellence, while they also entail a logical sequence of clearly defined procedures beginning with coin design – an art in and of itself. Indeed, it all begins with the idea of the coin pattern. It could be a hand sketch, a picture, a written note or any other kind of artwork. From a suggested design, a team of talented graphic artists will transform that embryonic idea into design proposals. Before a pattern gets finalised, a number of revisions will take place. Once the design is approved, a sculptor-engraver will meticulously prepare a plasticene model in bas-relief from the approved sketch, which is generally between three and twelve times the size of the finished coin. This painstaking task, during which the engravers must keep in mind the depth of relief that is suitable for producing coins, can take up to three weeks to complete. The pattern on the plasticene model is then transferred onto a rubber resin mold which is later used to make an epoxy resin mold.

Next, a waltz of molding, shaping and carving will take place! The epoxy mold is mounted onto a reducing machine called pantograph which traces the exact contour of the mold onto an engraved master die bearing the same diameter as the coin to be struck. From this master die, another working master die or master punch is produced using a matrix die. From here onwards, the reduction punch process will go through a few cycles until the master die is formed from which several coining dies will be created.

Automation is on our side

Any automated production process starts with the machines being programmed to do their job accurately. A number of companies utilise Computer Aided Design (CAD) programs.

Technicians harness such software to create the mold that will be used to die strike or die cast the coins. Once the mold is created, it has to be tested to make sure that all details of the design will show up on the final coin as intended. This process involves taking the mold and striking a piece of metal to proof the impression.

The magic of pressure

Before the process of using the molds in earnest can begin, they have to be tempered. For coins created by die-casting, for example, molten metal is injected into the mold and allowed to cool. With die-striking, the same mold is put under hundreds of tons of pressure, sometimes even thousands of times, to stamp the design into metal. Once all of that prep work is completed, it’s time to put those tools to use. The tremendous pressure applied to the dies to strike a coin means that the working die will wear off after a certain number of strikes. As a result, they will need to be replaced before more coins can be struck; consequently, the number of working dies required depends on the mintage of the coins. Two sets of dies are needed to strike a coin – one for the obverse, the other for the reverse of the coin. The coining dies are installed onto the minting machines according to the required denomination. Then, blanks are fed onto the Feeding Hopper. Each blank is usually minted with 100 to 150 tons of pressure!

That extra touch – plating and painting

While the final pattern is in place right after being minted, most coins aren’t fully completed yet. Since a number of coins haven’t been designed to exist in their basic material, the plating process is the next important step for almost all manufacturing. Whether plating a coin in a precious metal finish or going for a powder-coated option, this phase is completed before any of the colour is added to the coin.

Plating is primarily a chemical process. It does not consist of dipping the coin into molten goldor silver, and it does not include the application of gold foil. Instead, a gold-plated coin is one in which the base metal of the coin is added to a solution containing 24K gold while applying an electrical current.

A world of colours

The range of colours can be overwhelming. Hence, before they can be added, the correct tones have to be selected. This will entail mixing different paints to form the desired nuance. Getting the exact Pantone specified on an order requires the skills and experience of highly trained paint mixers. The actual application of colour to the coins is a process that’s split between artisan and automated machine. Once the paint is added to a batch of coins, heat is applied to make sure the paint can cure in a timely manner.

An eye for detail

Usually, all coins are put through a strict quality control process to make sure they exactly match the proof approved when an order is placed. Specialised personnel will check each piece to make sure the machine didn’t make any mistake and, eventually, fix any imperfection by hand. Edge cutting and engraving is the final portion of the coin creation process.