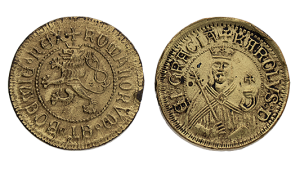 Coins are constantly being used in films. This hold true regardless of the genre. We get a steady stream of enquiries for coin production for western, crime, fantasy and thriller films. With this in mind, we would like to present three film productions and their respective coins and medals.

Heart of Stone – Custom Coins for a Fantasy Film

One of our prettiest film related coins was the one minted for a remake of a classic film in 2016, “Heart of Stone.” The original film, produced in the former GDR (East Germany) in 1950, was a total success and the remake sought to build on this success. To recreate the film, no expense or detailed was spared.

It is Not Always the Gardener

Many props and locations have survived over time and can be used in filming, though not all have made it through the test of time.
Police records and artifacts generally belong to the latter of the two groups. With that being said, the production company X Filme Creative Pool (known for films such as Cloud Atlas, Good Bye Lenin and Run Lola Run!) have had several historically-based police artifacts minted through CoinsforAnything. 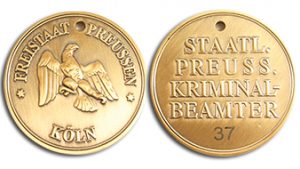 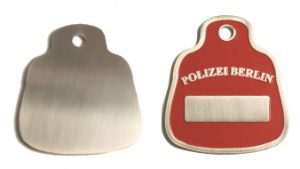 In order to make the films appear as realistic as possible, film makers always strive to utilize props that are as close to the original as possible.
When producing ID cards or currencies for films, creative directors are often confronted with the problem that these items must look as original on the screen as possible (as is the same case with counterfeiters), but in real life these items should be easily recognizable as props.
This is not always an easy task and has led to many interesting discussions at CoinsForAnything. We will let you decide for yourself!

To start making your custom coins today, head over to our Coin Configurator. Here you can create a first draft of how you’d like your custom coin to look before our team of design experts then help you craft them perfectly.
Disclaimer: Our products on this page are known as “Coins” in order to comply with general linguistic usage. It should be expressly pointed out that it concerns, however, individually embossed medals and no current or former means of payment / currency.